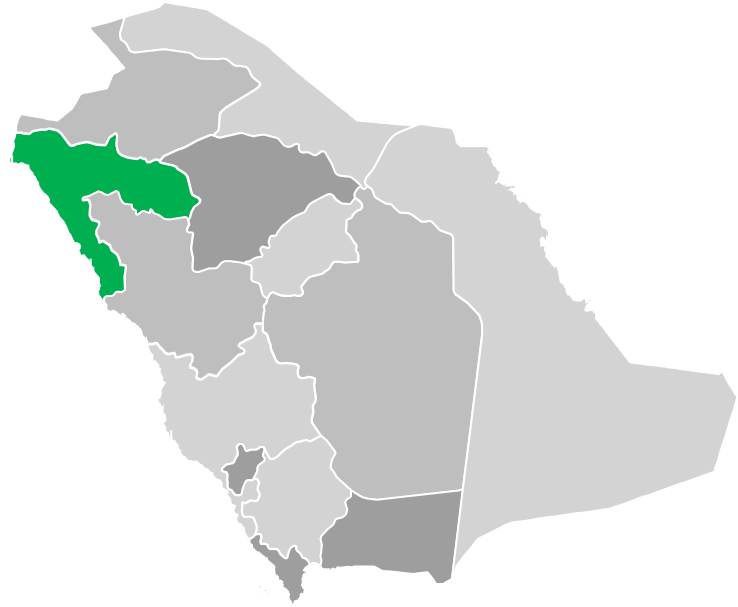 Tabuk region is located in the northwest of the Kingdom of Saudi Arabia, and it receives a special attention from the wise leadership due to the giant national projects it contains, such as the Red Sea, Neum and Amaala. The region abounds with educational institutions, the most important of which is the University of Tabuk. The region is considered to have a distinct geographic location due to its view from the west over the Red Sea and the Gulf of Aqaba with long sea beaches.

Tabuk region consists of the city of Tabuk, which is the capital of the region, and includes many other provinces, namely:

Tabuk, the capital city of the Tabuk region, has long been a resting point for Jordanian and Egyptian pilgrims. Its rich culture can be felt in Souq Twaheen, famed for selling patterned rugs and goat-hair tent covers. Visitors flock to Tabuk to explore ancient archaeological sites and the setting of the story of the prophet Moses, who lived east of the city for a decade.

Marking the start of the Saudi Coast, Tabuk’s charming coastal towns, such as Haql and Sharma, offer clear seas and pristine beaches. But there are more terrains to explore: Consider checking out the carved tombs of Maghaer Shuaib in the desert, or the Moses Springs near Maqna, where natural springs flow under date palms. Or the stunning Tayeb Al Ism, a valley of steep granite stones separated from the turquoise-fringed Gulf of Aqaba by only the road.

When in Tabuk, Go and Explore

There are spectacular fortresses all around Tabuk, but this imposing castle in the center of town might be the oldest. It’s known to date from 1559, though some claim there was a fortress here as early as 3500 B.C. Inside its walls, two mosques are linked by courtyards, stairwells and watchtowers, and there’s a small museum detailing the history of the castle and the wider city — from the great explorers who visited, like Ibn Battuta, to the caravans of pilgrims who would stop to drink from its wells on their way to Makkah and Medina. 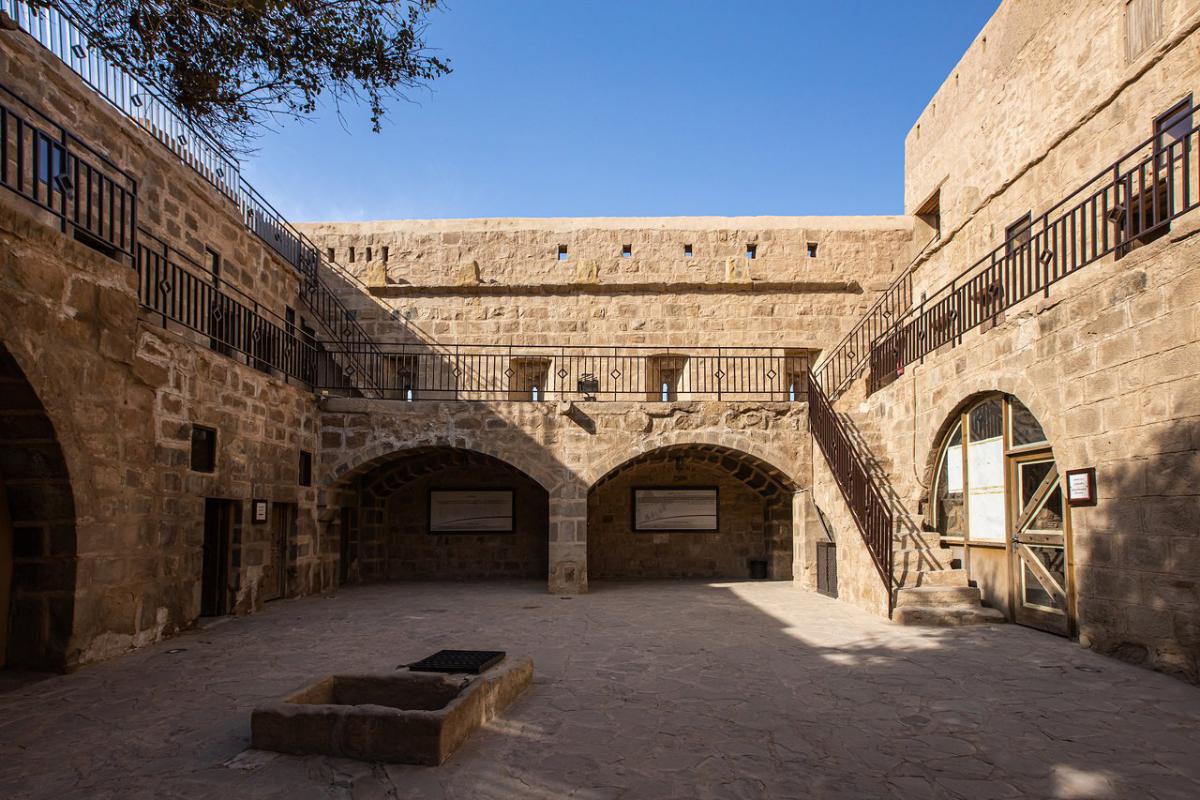 At the crossroads of three valleys south of Tabuk, the wind-sculpted sandstone columns of Wadi Al Disah (Valley of the Palms) look like a mix between the Grand Canyon and Monument Valley in America. While much of the landscape is desert, there are oases of pools, tall grasses and palm trees running through canyons, creating photo ops at every turn, especially during glowing sunsets. It’s possible to hike through much of the valley, or visit via a four-wheel-drive vehicle. 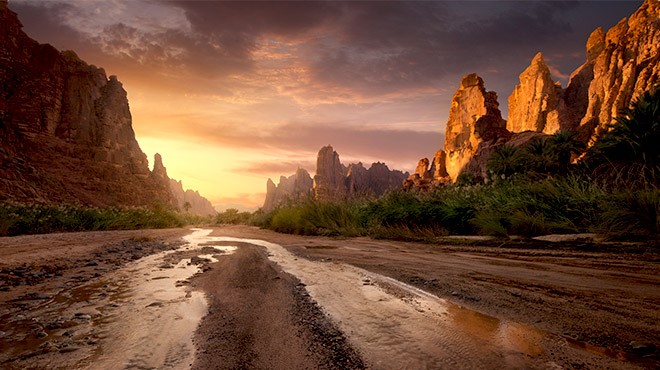 The Maghaer Shuaib seems to appear from nowhere in the reddish desert west of Tabuk, its elegantly carved façades and tombs built into the sandstone rocks recalling Petra in Jordan and Hegra at AlUla. After he fled Egypt, Moses lived here for a decade under the patronage of the prophet Shuaib, who had been impressed by Moses’ chivalry. In return, he offered his daughter Zipporah’s hand in marriage, which Moses accepted before returning to Egypt. 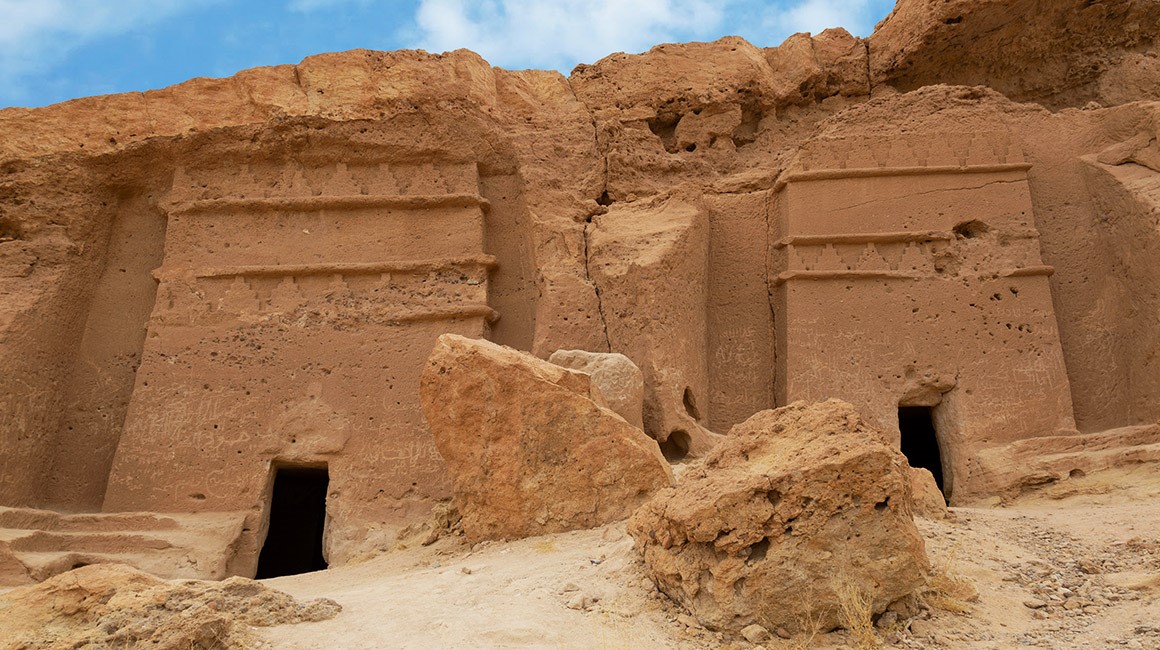 Maghaer Shuaib
The site's content management through supervisor of Saudi Biological Society
Do you face any technical issues on this page?