Saudi Biological Society participated in the exhibition accompanying the fourth forum of scientific societies organized by the Administration of Scientific Societies of King Saud University during the period from 18-19 Jumada al-Ula 1438 H (February 15-16, 2017) at King Fahd Cultural Center. The wing of the society has attracted visitors because it contained mummified animals and received the third best wing award. 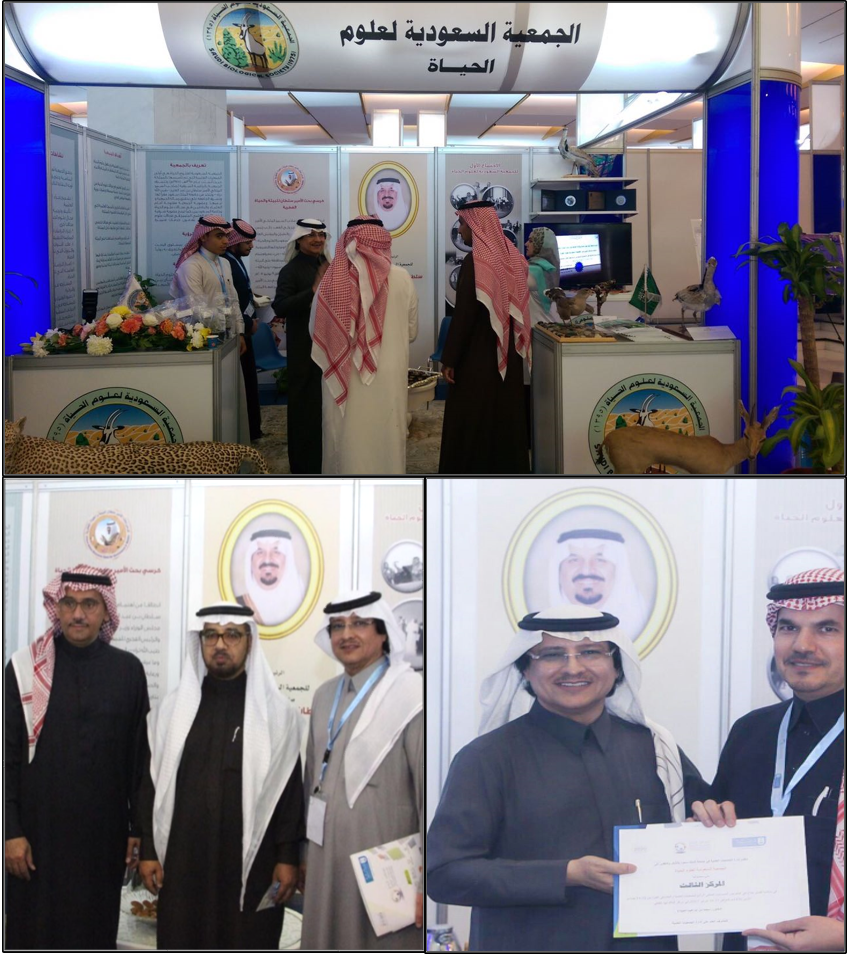 The site's content management through supervisor of Saudi Biological Society
Do you face any technical issues on this page?